Most of the people who live in our country, Myanmar are farmers and they work mainly on farming and crop growing. Data mining can help farmers to increase crop yield in agriculture field of country development. Crops can be protected from pests by predicting and enhancing crop cultivation by using data mining approaches. The purpose of this paper is to study a comparison of two data mining approaches C5.0 and CART algorithms. This paper also presents oneR feature selection method for filtering crop pest dataset attributes instead of using full attribute set. C5.0 proved its efficiency by giving more accurate result rapidly and holding less memory while comparing the CART algorithm.

Big Data means a large chunk of raw data that is collected, stored and analyzed through various means which can be utilized by organizations to increase their efficiency and take better decisions. Big Data can be in both - structured and unstructured forms. Structured Data is more easily analyzed and organized into the database. Unstructured Data, on the other hand, is much harder to analyze and uses a variety of formats. Also, it is not easily interpreted by traditional data models and processes. We come to a place that at the same time becomes the starting point for the potential use of Big Data in small and medium-sized organizations, that is basing the decision-making process fully on the results of analyzes of diversified data. Thanks to this approach, the decisions made, both strategic and operational, are subject to a lower risk of failure. Big data provides an opportunity for organizations to gain insights from their data in order to make better decision. Large companies in several sectors are achieving enormous improvements by applying big data analytics. Small and medium enterprises (SMEs), which have smaller size and less revenue, can also benefit from big data to add value to their business. This also applies to Big Data database technologies, which is applicable in various sectors of the economy, but due to the high investment costs of implementing this technology in the business processes of business entities, so far only large corporations and larger enterprises can afford such technologies. In this paper, already ex-plained about Big Data analysis data of Google, IBM and other related enterprise company and Big Data future research.

3. Common problems when driving on Internet of Things

Internet of Things is a platform where everyday devices become smarter, more intelligent on the processor, and every day communication becomes informative. In a few short years, the Internet of Things (IoT) has gone from a technology — or set of technologies- that were cutting edge to the situation today where connected household items, or automobiles, are common. However, growth is only really gathering speed now with San Francisco-based Cisco estimating that the "Internet of Everything cisco article" its take on the IoT could have has many as 50 billion connected devices by 2020. Not only are they trying to make the most of IoT integration to benefit their own company, but they’re also treading new ground and serving as role models for those who have yet to take the plunge. Directly or indirectly, the presented architectures propose to solve real-life problems by building and deployment of powerful Internet of Things notions. If the IoT has a problem or is exposed to weaknesses, then the enterprises that are connected to it are equally threatened. In fact, while security is undoubtedly one of the major issues impacting the development, there are a number of other problems that stem directly from this. Here are 7 major IoT problems for enterprises connecting to the IoT. These paper have an explaining of IoT architectural and big problems when connection on IoT.

In many NLP applications such as machine translation, content analysis, and information retrieval, Word Sense Disambiguation (WSD) is an important technique. Word sense disambiguation is the essence of communication in a natural language. WSD process is useful for automatically identifying the correct meaning of an ambiguous word in the sentence or the query when it has multiple meanings. So, this system proposes as the Tanimoto coefficient based word sense disambiguation system to increase the precision of the NLP application. This system provides additional semantic as conceptually related words with the help of glosses to each keyword in the inputted sentence by disambiguating their meanings. This system uses the WordNet as the lexical resource that encodes concepts of each term.

Market basket analysis is a data mining technique to discover associations between datasets. Association rule mining identifies a relationship between a large set of data items. When a large quantity of data is constantly obtained and stored in databases, several industries are becoming concerned with mining association rules from their databases. Market basket analysis examines customer buying patterns by identifying associations among various items that customers place in their shopping baskets. It is helpful to examine customer purchasing behavior and assists in increasing sales. So, this system is intended to develop a system for market basket analysis on Electronic showroom which will generate association rules among itemsets with the use of ECLAT (Equivalence Class Transformation) algorithm. This system supports the decision-making process for a market expert.

7. Study on the environmental impacts of ocean garbage patches and possible solutions

Over the past two decades, unprecedented issues in the oceans, floating garbage patches, have been discovered. There are majorly 5 massive garbage patches floating on the ocean surface, including the biggest Pacific Patch, between Hawaii and California. The garbage patch is an accumulation of trash disposal by industrial production that mainly consists of oil-based plastic. In a recent study from nature.com, it was known that 79,000 tons of plastic are floating in an area spanning 1.6 million square kilometers. The ocean garbage patches can linger on the ocean surface for centuries, posing potential threats to the surrounding environment. Multiple organizations like the Sea Educations Association have carried research in this field by sending ships in the patch, which lay nets, tow and collect the garbage for analysis. This technique has numerous disadvantages as the patch is too large to be monitored by a group of boats. Airplanes can be used to map the patch; however floating plastic can change its position, and thus a piece of more dynamic and real-time equipment is needed for assistance in clean-up. Satellite monitoring proposes another challenge, as a lot of observers have claimed that patches are not visible on satellite imaging (1). Another challenge is the type of plastic. Currently, 65-70% of the dump is mega plastic (>40cm). As plastic is buoyant, it usually is found above 40 m of depth. On exposure of sunlight and SONAR waves, this can turn to micro-plastic, which will be difficult to monitor and clean. Thus, effective cleaning needs to be carried out immediately (2). In this report, I review the impact of the garbage patch on the climate and the environment and aim to investigate and provide suggestions on methods to monitor such patches.

9. Assess the association of body mass index and the life style practices among adolescents

A well-planned data classification system makes essential data for easy to use and finds and retrieves the data. At the point, when an individual considers buying a vehicle, there are many aspects that could impact his/her choice on which kind of vehicle he/she is interested in. Even if a brand new motor vehicle, it could be a failure in any component without maintaining and serviced a short period. Vehicle uptime is getting increasingly important as the transport solutions become more complex and the transport industry seeks new ways of being competitive. Traditional Fleet Management Systems are gradually extended with new features to improve reliability, such as better maintenance planning. Typical diagnostic and predictive maintenance methods require extensive experimentation and modeling during development. This paper investigates unsupervised and supervised methods for predicting vehicle maintenance. The methods rely on a telematics gateway that enables vehicles to communicate with a back-office system. These are later associated with the repair history and form a knowledge base that can be used to predict upcoming failures on other vehicles that show the same deviations. Data mining presents an opportunity to increase significantly the rate at which the volume of data can be turned into useful information. The purpose of the prediction algorithms is to forecast future values based on present records, in order to estimate the possibility of a machine break-down and therefore to support maintenance teams in planning appropriate maintenance interventions. It is observed that the proposed data mining approach provides promising results in predicting the exact value.

Nowadays, medical diagnosis reasoning is a very important application area of the computer-based systems. Case-Based Reasoning (CBR) has become a successful technique for developing medical diagnosis systems. This system presents a CBR methodology and the technical aspects of implementing a medical diagnosis system. CBR is a recent approach to problem-solving and learning that has got a lot of attention over the last few years. In the case-based reasoning system, old cases are retrieved to solve user input problems or new cases. To be a complete CBR system, case adaptation is used to revise and retain the new case for future use when no match case is found in the casebase. This system is implemented as a case-based reasoning system for Kidney and Urinary Tract Diseases. In this system, the K-Nearest Neighbor classifier (KNN) is used for case retrieval. If the result of the input case is not satisfied, the adaptation process will be done. Decision Tree algorithm is used in case adaptation.

As Editor or Reviewer!

To know more about the publisher please click here. 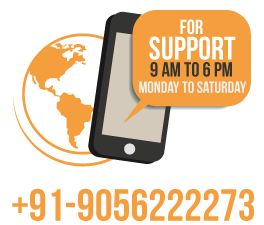 All content of the journal will be licensed under Creative Commons Attribution-NonCommercial-NoDerivs 2.5 India License.
Submit Your Paper Ask a Question

Ready to publish your paper?